Would you put your money in this “bank”?

Timberlane taxpayers are putting $71 million in this “bank.”   Would you put your savings account here?

On March 2, 2018 when Timberlane’s annual report was released, it included a note from Timberlane’s auditors, an IOU of sorts.  “A completed audit report will be sent to you by the end of March 2018.  Once the audit report is issued, it can be viewed at http://www.Timberlane.net/auditreport/.”  (See page 25.)

Today is the last business day in the month, and so far there is no audit posted at the above web address. Is the delay due to the auditors or the SAU?

Arthur Green and I, along with an eagle-eyed district resident, have notified the auditor about a number of issues in Timberlane’s unaudited financial reportings to the board, the budget committee and to the public. The auditor considers at least some of our issues within the scope of their normal audit and I believe they are trying to grapple with the issues we brought to their attention, and which SAU 55 has assiduously ignored – except to direct insults to us.

There are so many red flags waving at SAU 55 one could mistake it for a used car dealership on the 4th of July.

But a pleasant surprise hit my email yesterday morning.  My March 13th Right to Know request was finally ready for pickup. I had asked for emails between SAU 55 and Timberlane’s auditing firm relating to me or Arthur Green (and as published by Mark Sherwood on Facebook).

These emails are fascinating and well worth the $2.50 I paid.  I urge you to read them. Remember when you do that these are communications between SAU 55 and Micheal Campo, Director/Shareholder of Plodzik and Sanderson, PA of Concord, NH.

The question remains, of course, how Mark Sherwood got his hands on this exchange while I, the party about whom these email concerned, had to wait 14 days and pay $2.50 and drive down to the SAU office.

You will also notice that the auditor offered to address the Timberlane board to address my concerns but Mr. Boyle ignored their offer and didn’t even mention it to the board.  The school board met on Feb. 8, three days after Mr. Boyle received the offer, yet he said nothing. 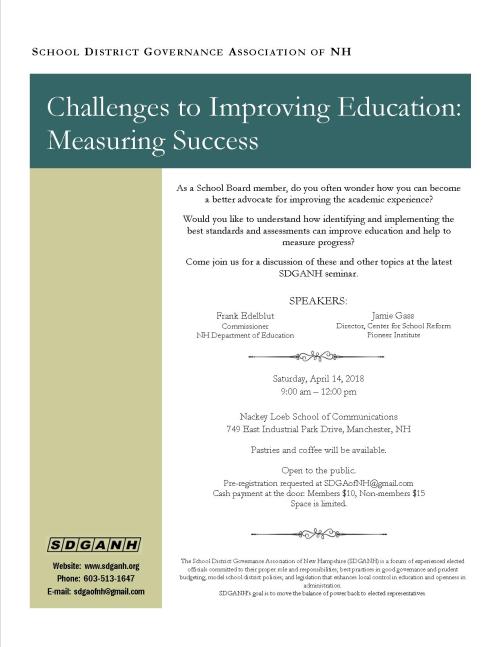 [Editor’s note:  I received notice this information was available for collection on March 27. See what I received: SAU 55 coughs up emails]
On March 13, 2018 (9:43 am), I sent this Right to Know request to the Timberlane Regional School District Chairman and SAU 55’s executive assistant. I don’t take kindly to being threatened.
Dear Mr. Boyle and Mrs. Belcher:
This is an RSA 91-A request for letters and/or emails between SAU 55 and Plodzik and Sanderson, PA concerning Donna and/or Arthur Green between Dec. 1, 2017 and March 13, 2018.
Attached is an excerpt of a communication which I expect to be given in full.
Sincerely,
Donna Green
603-974-0758

When you raise issues about Timberlane’s financials to the TRSD auditor, you get stony silence, even as a board member.  When you question a second time, you get threats from our SAU. I’ll leave you to decide if this is normal.

You should also know:

SAU 55 finally broke their silence today with a barrage of threats.  This email was sent to me, Arthur Green and Superitendent Metzler, but not, notably, sent to the auditor.  Here is today’s email:

Please be advised this office has received communication from Plodzik and Sanderson requesting we notify you of the following:

Plodzik & Sanderson, P.A. does not have an engagement with you. The next communication from you be it email, traditional mail, certified mail or phone call will trigger a consulting engagement with hourly rates of $250 and a minimum of 4 hours, for which under professional standards they will be prohibited from discussing another engagement or client.

To be clear, if you trigger an engagement with Plodzik and Sanderson they will proceed with any legal actions necessary to collect fees associated with that engagement.

This communication shall serve of notification that any further action will constitute engagement of the firm.

Now don’t you find it interesting that SAU 55, the entity whose work is being audited, is threatening me?  Has the auditor lost his voice or fingertips?  Did the auditors even say such an outlandish thing? The email is cunningly written so I dare not call Plodzik, but I can assure you I will be making other calls.

By way of more background, another Timberlane resident, a former CPA no less, sent a letter to Plodzik and Sanderson, PA last year concerning issues in the Town of Plaistow’s audit and got a cease and desist letter in return Upton and Hatfield (3).

There is no known record of the last time Timberlane’s auditors were changed.

On Sept. 1, 2015, Manchester’s Board of Mayor and Aldermen approved a contract with the city’s teachers union that included a pay raise. Three aldermen with immediate family members employed as city teachers voted for the contract, in direct violation of the city charter’s conflict of interest provision. (1)

Just five years earlier, taxpayers would have been able to challenge such an illegal vote at the state Supreme Court. For 147 years, New Hampshire taxpayers had the right to petition the court for opinions on the legality of alleged unlawful government expenditures.

READ MORE of this exceptionally well written article by Mr. Cline, chairman of the NH Board of Education:  Why a constitutional amendment is needed to restore taxpayer standing to challenge illegal spending

Good Thing the Auditors Are Still At Work

During the public hearing on Timberlane’s budget, Arthur Green questioned why the revenue budget for 16-17  showed  $250,000 from capital reserves.  There was no answer that night, Jan. 11, 2018.

It’s odd because the voters did not authorize the withdrawal of any capital reserves on the 2016 warrant. Perhaps our auditors could trouble themselves to explain this bookkeeping oddity, as well as all the other ones we pointed out in a certified letter to them a few weeks ago.

Arthur Green sent this note to the auditors, Plodzik and Sanderson, on March 3:

At the Timberlane School Board meeting on Sept 1, 2016, the board voted to draw $500,000 from the Fund Balance Retention to include in revenue for the 2016/17 year, thus mitigating the tax impact.  The minutes of that meeting show that the Board was informed that the surplus carried forward from the prior year was $3.099 million.  However, line 0770 of the Revenue report shows that the Unassigned Fund Balance was $3.599 million.

These mis-statements are material because

I would also point out that I brought this matter to the attention of the administration, the board and the budget committee at the Public hearing on January 11 2018.  At that time, I did not receive a clear answer, but I anticipated that the figures as published in the the Annual Report would have been corrected.

Please give this matter your attention during your preparation of the TRSD financial audit for 2016/17.